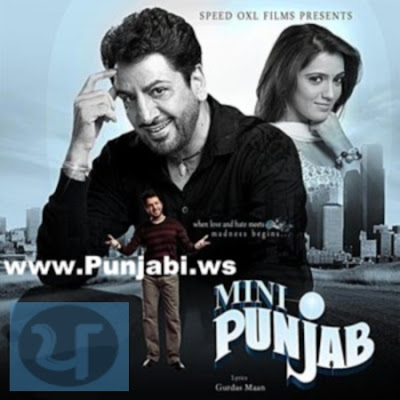 Mini Punjab is Gurdas Mann's new film. This Punjabi film is due for release on April 12 2009. The film is about Punjabis living in a building in Mumbai. Mini Punjab is a Punjab away from Punjab in Mumbai.

The girl against Mann in the film is Jividha who played Aishwarya’s sister in TAAL. She's got the role of Simran, a bubbly, full of life medical student in Mini Punjab. Maan's next film is Chak Jawana. But that’s not the part of discussion here. He will also release a music album after his UK tour.

The Punjabi film industry is growing and getting noticed as we have quite a long list of releases this year including 2 films by Harbhajan Mann and 1 by Jimmy Shergill. Keep it up guys..

Punjabi Language : Punjabi is Indo-Aryan language of the Punjab in India and Pakistan. Punjabi is spoken by peole of many religions includi...